The Fado Festival NY is a celebration of the iconic Portuguese musical tradition that has ancient roots, but is ever moving forward. The festival delights from the traditional to contemporary, always in surprising ways. 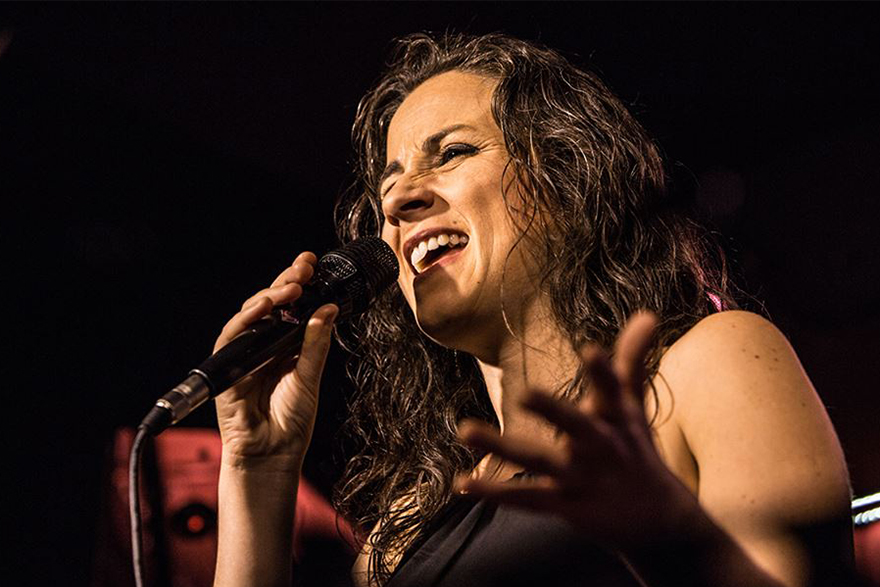 NY-based singer Sofia Ribeiro was born in Portugal and studied at the Berklee College of Music. With strong and emotional performances, she attracts listeners to her unique musical universe, which is firmly rooted between jazz, fado and Brazilian musical styles. Free 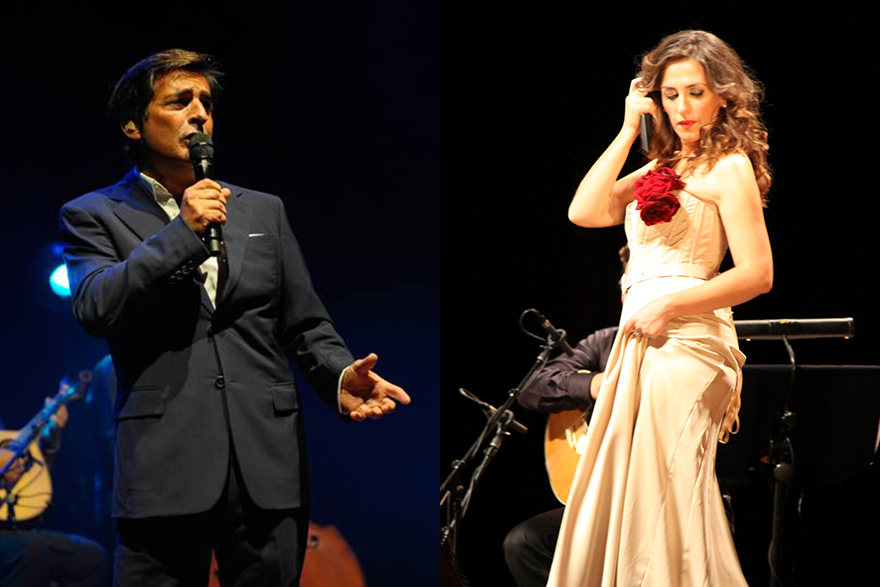 Camané is an outstanding Portuguese fado singer with a voice smooth, soulful, and impassioned. He comes from a musical fado family dating back to his great grand-father. His mother and father and two brothers Helder and Pedro Moutinho (Helder will perform on Saturday night) are also highly acclaimed fadistas. A comprehensive exposition on Camané’s work opened at the Fado Museum in 2011, and in 2014 he was the subject of a documentary film Fado Camané, directed by Bruno de Almeida. He will be joined by Lisbon-born Ana Sofía Varela. Known for her commitment to traditional Alentejo music, Ana Sofía has worked with many legendary figures in fado on tour, in concert and on recordings, has won many awards and is a regular fixture at the Clube de Fado. Free. 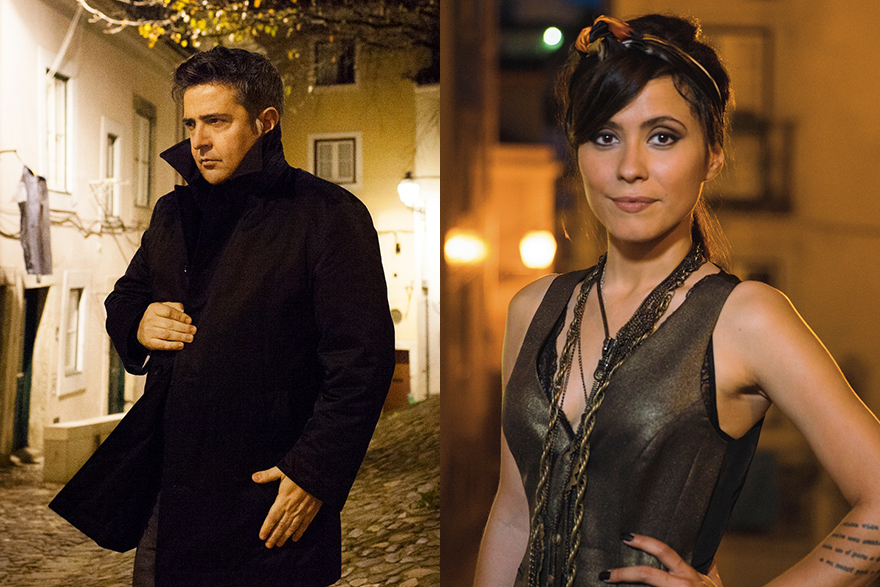 Hélder Moutinho is a leading male fadista and poet from the famed Moutinho family along with his brothers Camané and Pedro. An acclaimed interpreter of song with deep roots in the fado house milieu and a successful onstage career in Portugal and abroad, Helder is known for his deep love of fado and a never-ending source of promotion for this most iconic Portuguese tradition. He has performed around the world and in Portugal’s most famed theaters, fado houses and cultural events. He runs the celebrated fado house in Lisbon, Maria da Mouraria. He will be joined by Sao Paulo-born Maria Emília. Emília began singing in fado houses with her father, a guitar player. After completing university studies she chose to follow music as a career and has established herself as one of the great new voices of her generation. Free. 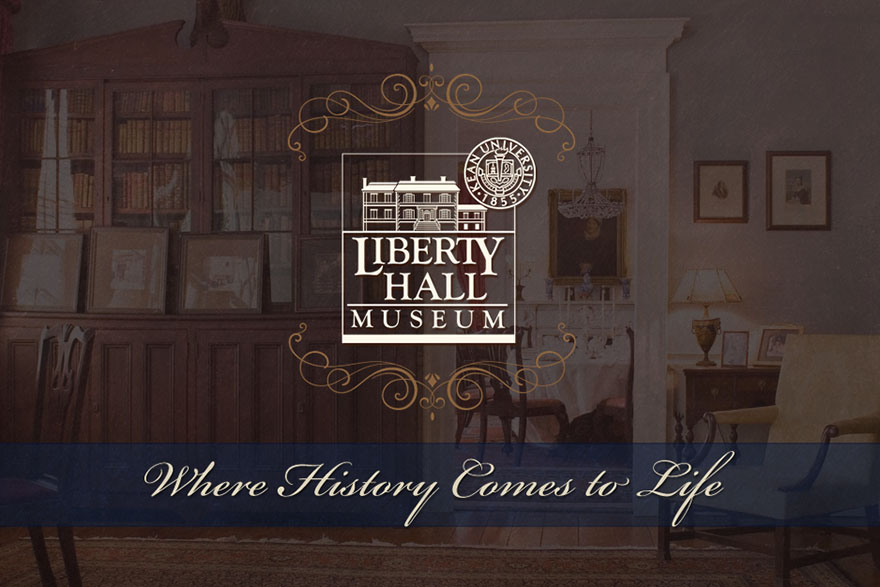 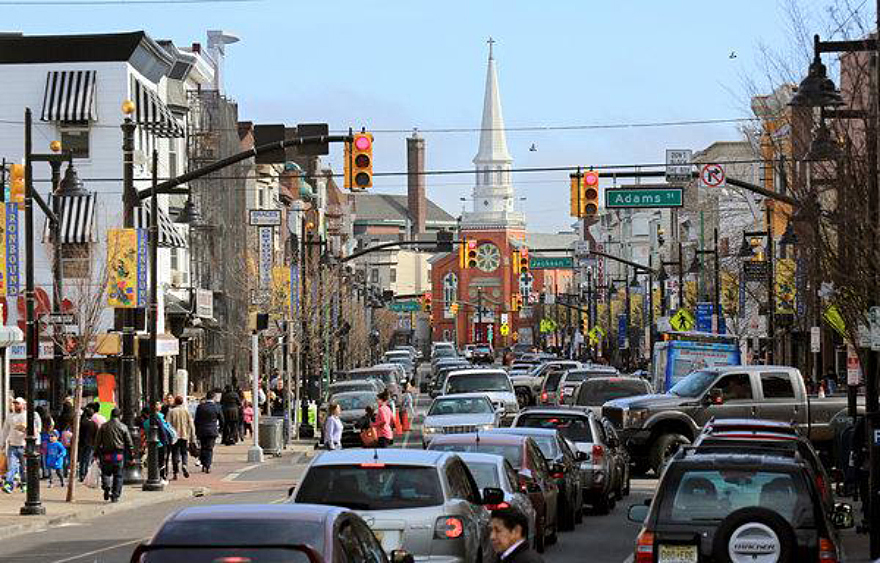 Join us for a walk in the Ironbound, the iconic Portuguese neighborhood in Newark NJ known for its hundreds of restaurants, cafes, bars and stores and a bustling European city feel. We'll stroll through this fun and eclectic neighborhood with a local, stopping along the way at establishments for Portuguese wine, food and pastries as well as important cultural attractions. We'll end at Sport Club Portugues, a leading cultural institution located in the heart of the Ironbound, for wine and light food and an intimate fado concert. We'll meet in front of the Sport Club Portugues, a 5-minute walk from Newark Penn Station.

This event takes place rain or shine, unless thunderstorms. No refunds unless Fado Festival cancels the event.

*Meeting place and contact number will be sent to you upon registration. Please be on time as we will leave promptly at 4:30.

The resonant voice of the extraordinary fado singer Ricardo Ribeiro is as traditional as it comes: no pop sweetening, exotic embellishments or rock and roll influences. Considered one of today’s top male fado singers, his powerful, masterful voice is filled with emotion, and has earned him awards and international accolades. He will be joined by his ensemble Luis Guerreiro on Portuguese guitar; Carlos Manuel Proença on fado guitar and Daniel Pinto on bass guitar. 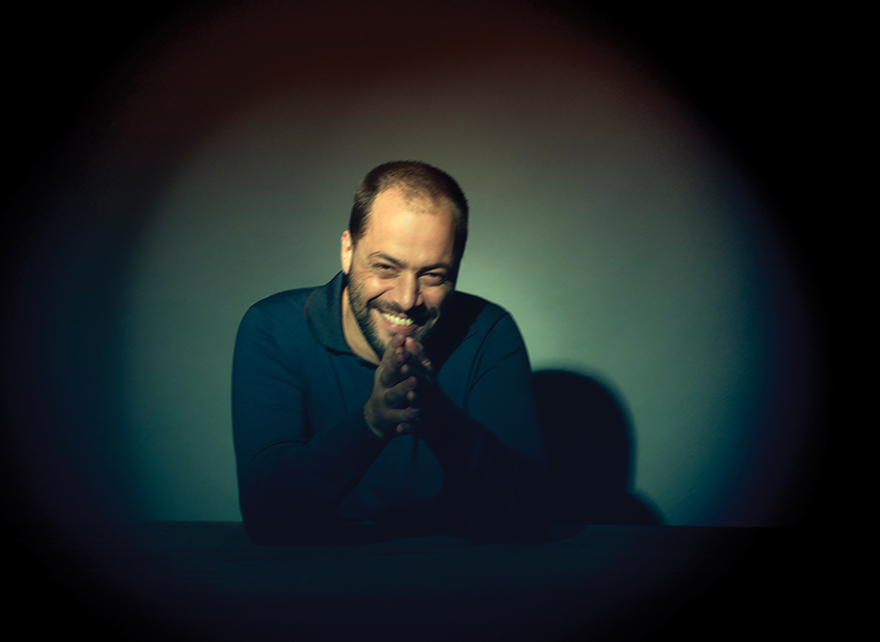 António Zambujo is a singer of brilliant subtlety and elegance. Considered an innovative pioneer as well as an heir to traditional fado, his popularity as a singer and guitarist in Portugal and abroad comes from a restless curiosity of musical influences from fado to bossa nova and jazz to French chanson. Born in the Alentejo region of Portugal, he grew up listening to the cante alentejano—choirs of men and women who sing of the land on which they work, local saints, and lost love. In 2002, he was deemed the "Best New Fado Voice" by Radio Nova FM and the "Best Male Fado Singer" by the Amália Rodrigues Foundation in 2006. His eighth CD, Até Pensei que Fosse Minha (Until I Thought It Was Mine) is a tribute to the songs of Brazil's Chico Buarque, one of the great singer-songwriters in the Portuguese language.

Zambujo’s velvety voice sparkles across his sensual music with incomparable charm and elegance. 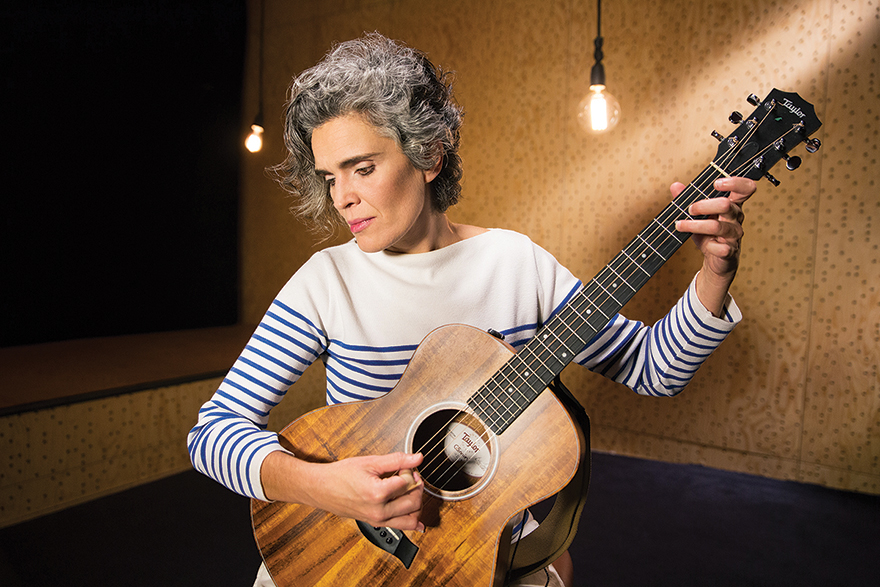 Lula Pena is a unique singer, songwriter and guitarist with a highly individual take on fado. Her deeply emotional songs cross borders from Andalucia to Greece and Sardinia to America. Her deep and commanding yet sensitive voice blends fado roots with colors of Portuguese folk music, French chanson, Cape Verdean morna, and Brazilian bossa nova. Her inventive style has created a devoted following for her worldwide, a kind of international secret society whose ranks grow with each of her too rare appearances. Pena's highly acclaimed latest album Archivo Pittoresco (she only has released three over 20 years) on the Crammed label was released in 2017.

A fluid, multilingual trance that is truly singular. 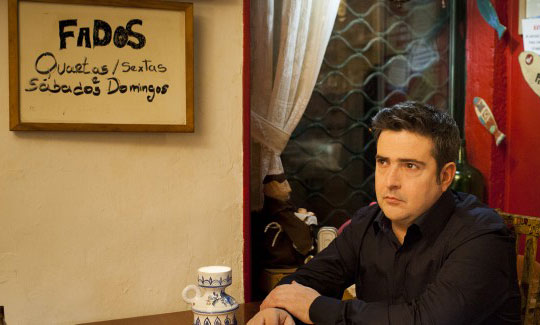 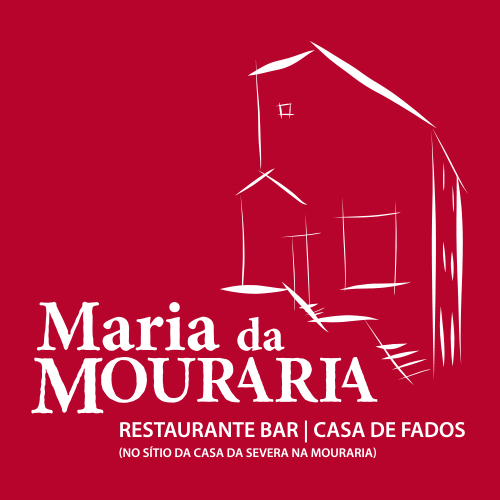 Experience an authentic recreation of Lisbon's popular neighborhood taverns where fado was born and where, to this day, fadistas are made and recognized by their peers. In the heart of the Ironbound section of Newark known as "little Portugal" we will create a traditional Fado House experience in an intimate setting with live music direct from Portugal and with Portuguese food and wine, under the direction of Lisbon's famed Fado House "Maria da Mouraria". Each of the four nights will highlight different repertoires and will feature Helder Moutinho, a leading male fadista who is an acclaimed interpreter with deep roots in the fado house milieu and a successful onstage career in Portugal and abroad. Teresinha Landeiro a rising female voice and a fado house performer will join him. 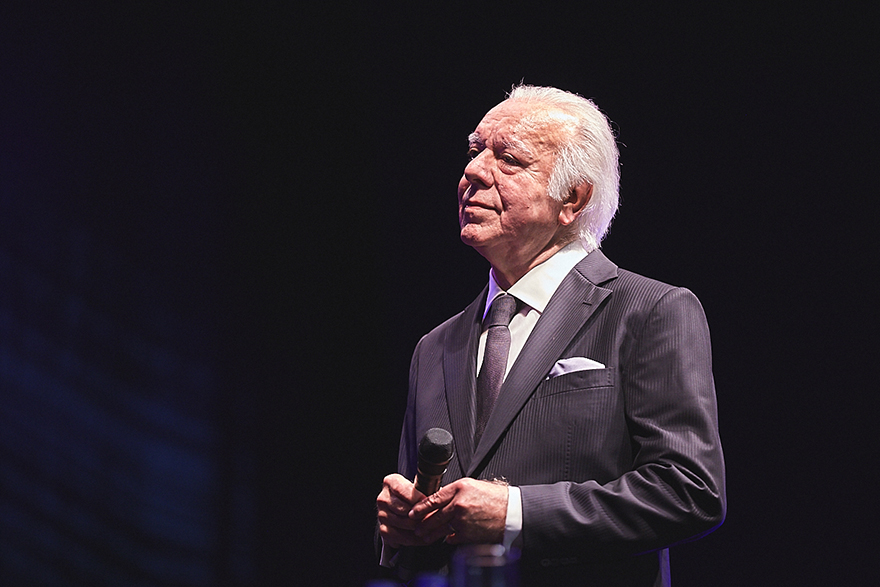 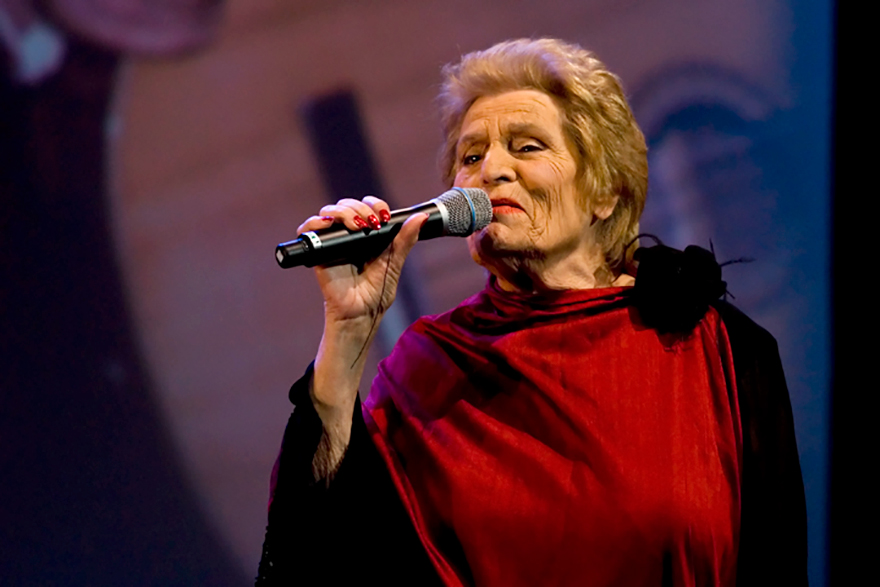 It is a historic night for fado music when Portugal's most famed artists, Carlos do Carmo and Celeste Rodrigues, perform together for the first time in New York City. Carlos do Carmo, a living legend for this iconic Portuguese tradition, celebrates more than fifty years as the leading male voice of fado. An incomparable master of song, do Carmo's vocal mastery exemplifies the longing, unrequited love, solitude, and optimistic hope for the future that defines fado. Fado's other living treasure, Celeste Rodrigues - younger sister of Amalia – at the beautiful age of 95, is the doyenne of fado singers and with a 73-year singing career she truly embodies fado's saudade. She joins do Carmo for an unforgettable and historic evening. 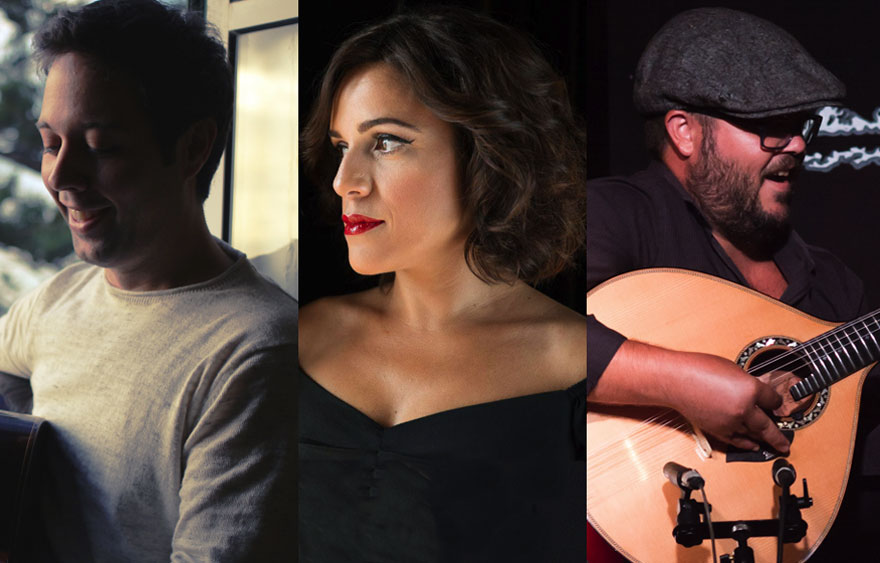 Fado, Portugal’s best known but ever-mysterious music, explores how the dualities of human existence – love and loss, belonging and isolation, joy and pain – often filter through a single experience. Making his NY debut, Marco Oliveira is a singer, musician, composer and lyricist who charts fado’s topography in the modern world with tales of longing or saudade. Tania Oleiro, also making her NY debut, is an exceptional singer who reaches into fado’s past by drawing on its most traditional musical compositions, and into its future via lyrics by some of fado’s best contemporary writers. These singers will be joined by Sandro Costa on the Portuguese guitar. Costa is known as a master improviser and provocateur who has honed his craft through countless performances in Lisbon’s traditional taverns, as well as on national and international stages. This concert is in partnership with the New York Fado Festival.

Marta Pereira da Costa, perhaps the world’s only professional female Portuguese Fado guitar player, is quickly becoming an ambassador of Portugal’s most iconic musical tradition. She is a 2014 recipient of the prestigious Instrumentalist Award from the Amália Rodrigues Foundation, named after the world-renowned “Queen of Fado.” Joined by a viola, contrabass, piano, and percussion, da Costa will showcase her soulful playing and stunning virtuosity in a dynamic and intense instrumental show.

Now in its third year, Fado Festival NY (fadofestival.net) is a celebration of the iconic Portuguese musical tradition that has ancient roots, but is ever moving forward. Known for its mournful and soulful songs loosely captured by the Portuguese word saudade, or "longing" that evoke a bygone era, Fado is a thriving symbol of Portugal and reminds us of its past and present.

In 2011, fado was inscribed in the UNESCO Intangible Cultural Heritage List whose aim is to ensure the protection of important cultural heritages worldwide and the awareness of their significance. The festival delights from the traditional to contemporary, always in surprising ways.

The festival will delight from the traditional to contemporary, always in surprising ways.

The NY Fado Festival is produced by Isabel Soffer/Live Sounds and is supported in part by the Consulates General of Portugal in New York and Newark, TAP Air Portugal, Museum of Fado and Camões Institute.